A traffic study was commissioned by the Board of Supervisors to determine if the flow of traffic could be improved, especially at morning and late afternoon hours of commuter traffic.

An analysis of that study study identified updated timings for morning, afternoon, and Saturday cycles that will better accommodate traffic flows and increase traffic movement. The Supervisors approved the retiming of the traffic signals with a vote taken at the public meeting on August 12, 2019. It must now be approved by PENDOT as SR 11 is a state owned road. 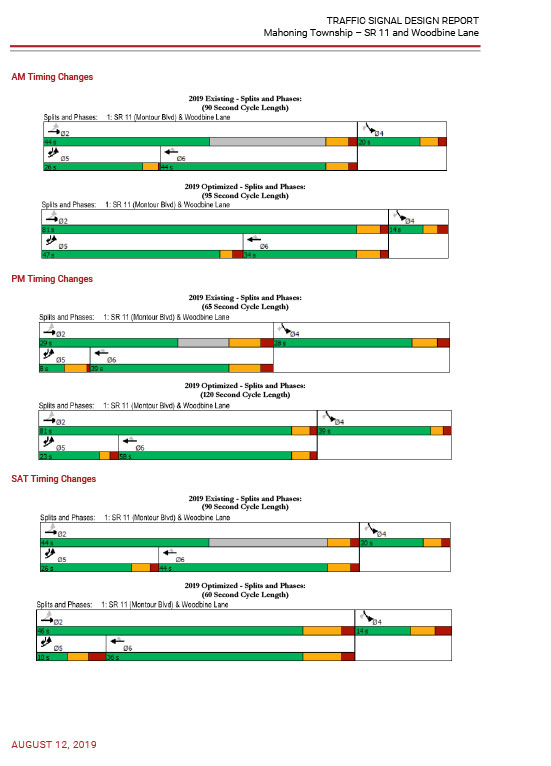 A traffic study was commissioned by the Board of Supervisors to determine if the flow of traffic could be improved, especially at morning and late afternoon hours of commuter traffic. The signal lights currently operate on a cycle length design. The new design would provide separate timing lengths for morning, afternoon, and Saturday to optimize traffic flow based on the number and direction of vehicles.

We have also identified changes that can be made to the pavement marking without having to widen the existing roadway that will increase the length of turning lanes so that those who want to travel forward are not blocked by those waiting to turn and to provide more room for large trucks making turns into and out of Geisinger.  See below for proposed cycle revisions and lane re-striping. The Supervisors approved these improvements and associated costs with a vote taken at the public meeting on August 12, 2019. It must now be approved by PENDOT as Bloom Road is a state owned road.

Ultimately, this intersection will need to be completely rebuilt. The signal lights are nearing the end of their functional life; having not been updated in many years. Additionally, a drainage line running corner to corner under the intersection is failing and will need to be replaced. This phase will take considerable planning and coordination before repairs and improvements can be implemented. Because Bloom Rd. is state owned, authority rests with PENDOT for such repairs; state leadership is working with both the Township and PENDOT to facilitate. 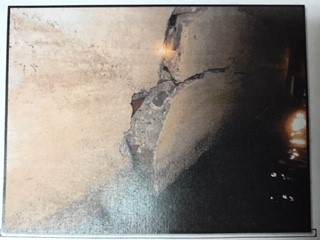 On July 24, 2019 the Board of Supervisors and State level leadership met at the intersection to discuss the necessity of repairs overall. The complete modernization of the intersection will be a multi-combined effort of local, state and corporate entities.

Working in conjunction with the master plan for flood mitigation, a widening of the roadway to provide for additional turning lanes from Bloom Road onto Academy Ave North and South, pedestrian crossing lanes and enhanced lighting, in addition to those enhancements currently underway.

The Township has submitted for both PennDOT grant programs; Automated Red Light Enforcement (ARLE) and Green Light Go with an estimated project cost of $470,000 to offset the costs modernization. 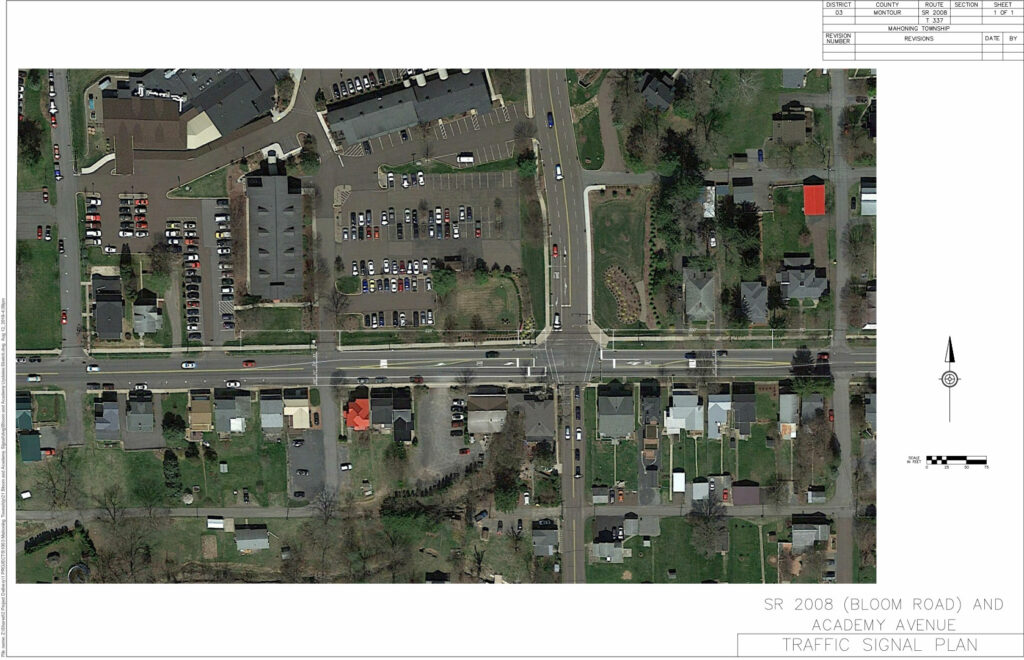 On August 12, 2019 the Board of Supervisors voted to provide for the funding for retiming, lane extensions and re-striping costs and submitted via the Engineer to PENDOT for their approval as Bloom Road is State owned. The Board of Supervisors congratulate the Township Engineer, Livic Civil and the Township Department of Streets & Infrastructure for the enhancements made to … END_OF_DOCUMENT_TOKEN_TO_BE_REPLACED